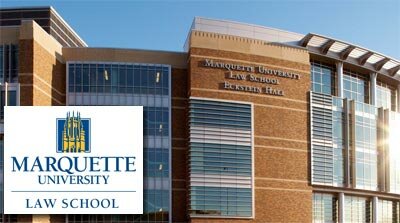 General Douglas MacArthur became a Marquette Law School alumnus when he was awarded the honorary Doctor of Laws degree by Father Edward O’Donnell, S. J., President of Marquette university, on April 27, 1951, in the old Marquette football stadium before a crowd of 20,000 people.

Although Douglas MacArthur is credited with numerous accomplishments during his long and distinguished career, many historians have concluded that his most significant achievement was the transformation of Japan from a feudal militaristic nation into a true democracy. the foundation of the new democracy was what some people have called “MacArthur’s Japanese Constitution.”

During MacArthur Week, Marquette Law School Dean Joseph Kearney and Professor Peter K. Rofes are pleased to bring academics, scholars and public officials from throughout the U.S., to Eckstein Hall for an all day conference focusing on the problems of creating and implementing constitutions in the aftermath of civil or external war, with special reference to MacArthur’s reconstruction of Japan. The assembled panel will address his accomplishment and its relevance to the present-day situations in destabilized nations such as Afghanistan, Iraq, tunisia, Libya, Egypt, and Syria. 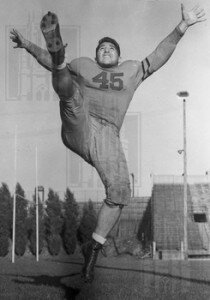 As an ongoing expression of respect for the men and woman who made the ultimate sacrifice in World War II, Marquette University in 1946 established the annual McCahill Award in memory of former Marquette student-athletes, Marine Captain Robert L. McCahill and his brother Marine Colonel William P McCahill.

Robert served under the command of General MacArthur and Admiral Chester Nimitz, and was killed in action on the beach at Iwo Jima in 1945.  His brother William, a star captain for Marquette’s track & field team, was a noted historian author of three books, and served as the Executive Director of the President’s Committee on Employment of the Handicapped for 27 years.

The McCahill Award is the highest and most respected award given to a Marquette senior student-athlete based on leadership, academics and athletics.