Australian Prime Minister John Joseph Curtin and General Douglas MacArthur formed an immediate diplomatic and military alliance when the General arrived from Corregidor in early 1943. The Japanese were bombing Darwin, Australia the evening MacArthur flew into the military airport south of that city. MacArthur and Curtin met thereafter for the first time, quickly formed the alliance and decided to go on the offense against the Japanese in New Guinea with MacArthur leading the fighting and Curtin developing Australia as the launching pad. This alliance in a short period of time put the Japanese on the defense for the first time in the War in the Pacific.

PowerPoint presentation will compare the capabilities of the combat fleets (Japanese, Australian, Dutch, British and American) in the Pacific before and after Pearl Harbor on December 7, 1941.

Presentation will also compare the capabilities of combat fleets in the Pacific and the world today. Report will include the recent dramatic increase in the naval forces of China which threaten to intimidate both The Philippines and Japan. 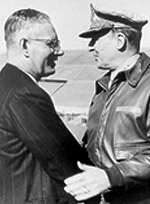 Curtin used the experience and skills honed in the Australian labor movement to develop the strategic alliance with General Douglas MacArthur and to confront Prime Minister Winston Churchill when the interests of defending Australia were not being adequately addressed in the British Commonwealth. Curtin used those same labor acquired skills to rally the Australian people from a pacifist nature into a strong arsenal of democracy. 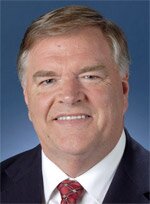 Keynote speaker, The Honorable Kim Beazley, Australian Ambassador to the U.S. discussed the trade relationship and defense commitment between Australia and the U.S. before, during and immediately after WWII.

In his role as Ambassador, Beazley, who has a close family connection with Prime Minister Curtin, is a firm advocate for global free trade through the Trans-Pacific Partnership and has opposed protectionism. His presentation also included discussion of the current U.S. Australian trade and defense alignments with the U.S. Ambassador.

The MacArthur Celebration at the Calatrava event also featured a performance by the Filipino American Association of Wisconsin Dance Troupe, which will showcase the national dance of the Philippines, the Carinosa and the most well known and popular dance of the Philippines, the Tinikling. As a special tribute to all the American veterans, a modern rendition of America the Beautiful with piano arrangement composed by Tim Glemser was also performed. 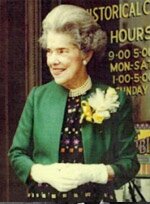 James Zobel, Archivist, MacArthur Memorial Museum, Norfolk, VA discussed the life of Jean MacArthur with her husband, Douglas MacArthur, including her time in Corregidor when the Japanese were shelling and bombing several times a day; in Australia, returning to The Philippines and ultimately during the occupation and democratization of Japan. Following his death in 1964, Jean MacArthur took careful, strategic steps to protect the legacy of her General. In 1979, Mrs. MacArthur came to Milwaukee for the first MacArthur Memorial Week and to assist in unveiling the statue of Douglas MacArthur.

John Putnam Otjen spoke about the relationship and friendship of the Otjen family with the General and his family. In 1899, Milwaukee Congressman Theo Otjen appointed MacArthur to West Point. Grandnephew John P. Otjen, as a West Point cadet, honored General MacArthur on his 84th birthday at the Waldorf Astoria in NYC. When General MacArthur died in 1964, John P. Otjen carried the General’s flag in the funeral procession in Washington, D.C. Lt. Col. Otjen later served as the escort for Jean MacArthur when she returned to unveil the MacArthur statue on June 8, 1979 in Milwaukee. Otjen retired as a three star general in 2013 and now lives in Savannah, Georgia.

This event also featured a performance by the Philippine Cultural & Civic Center Foundation’s “Munting Tinig” Children’s Choir. Jean MacArthur loved the children of the Philippines, and Filipino children greeted Mrs. MacArthur during her visit to Milwaukee in 1979. The children performed songs that sent strong, meaningful messages to the entire world, and concluded with a final song dedicated to General Douglas MacArthur and our military personnel.